This is my first travel to Bacolod City and witnessed one of the world-famous and colorful festivals, "The MassKara Festival". Together with my colleague; Tere and I booked our flight three months prior October 16, 2010. The festival starts on October 1-19, 2010, but the masskara street dance competition was held only on October 16 & 17. We got an early flight-5:15 in the morning with AirPhil express bound to Iloilo City. Yes Iloilo City, you read it correctly. Well, we opted our itinerary via Iloilo City because it is economical for us who are in a tight budget rather than direct flight to Bacolod City. We got a promo sale ticket which is very cheap compared to Manila to Bacolod due to festival season. This is common in the country that if there is festival in one particular place the travel cost go up. But that is not a problem, there are other ways to attend the festival, just like what we did. Instead of direct flight, we took other route. 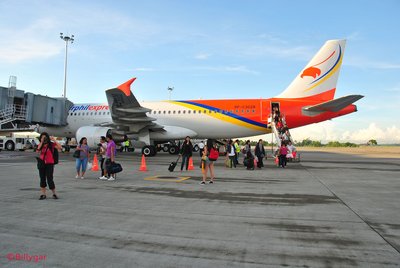 
We arrived at Iloilo airport at around 6:18 in the morning and headed directly to ferry terminal to buy the ferry ticket bound to Bacolod. It was a long way travel from Iloilo airport to ferry terminal (Supercat), I think it took us 30-45 minutes even though there's no traffic then. We purchased 10:30 am ferry ticket schedule-it cost us Php295 per head, because we have to take our breakfast first and try the famous Lapaz batchoy of Ilonggo. After purchasing the ticket, we took a cab and headed to Lapaz market, people said that this is the place we can find the original batchoy. I was so excited then to taste the delectable and original Lapaz Batchoy. I am really adventurous when it comes to food tasting. hmmm... so yummy! 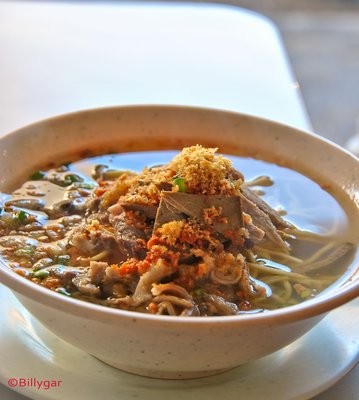 We got back to ferry terminal one hour ahead of our departure time. The terminal was full of passengers bound to Bacolod. It was frustrating then because the ferry arrived late and of course departed late as well. The ferry itself was good and have complete set of life vest for every passenger which can be found under seats. They played movies on dvd to entertain the passengers while on board , but the air-condition system was annoying because it was so humid inside the tourist cabin . We arrived at Bacolod city at around 12:00nn, took a cab to Sugarland Hotel where we stayed at for two days. The hotel is located at Araneta Avenue, Singcang, Bacolod City, it is a standard class hotel in town but the room was good and the staff were very accommodating. It was a good value for the money spent.

After checked-in and rested for two hours from the trip, we prepared ourselves for the street dance competition event and the parade. The starting point of the parade was near to the hotel where we stayed at and it was very accessible to us. The street was full of participants of the parade and sightseers when we arrived at the venue. I was so amazed by the colorful masks, costumes, and the energy of the participants. They were standing in the street for long hours in the middle of sunny afternoon and humid weather. I really salute to those kids who really are energetic, they dance gracefully to the tune of the masskara music: "Kari Sa Bacolod:Masskara 2010".

It was composed by Bryan Caballero’s which fused techno music with the classic samba rhythm, giving the MassKara music a modern appeal. The street was full of banderitas and loud sound system. It was very magnificent witnessing this kind of festival and I really love it, and I am sure you will love it too. 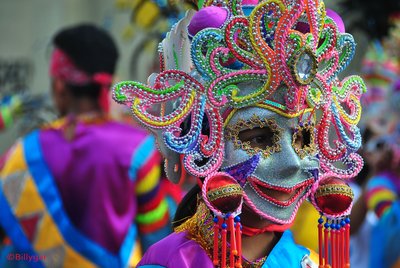 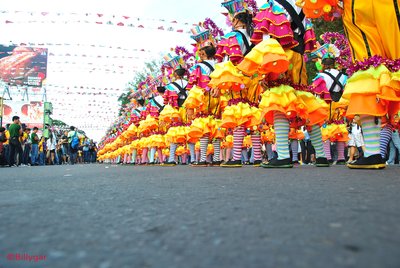 The parade lasted until around 6:00pm but we decided not to watch the formal competition because we were so exhausted and sleepy. We haven't enough sleep the night before leaving Manila because of our early flight. We headed straight to SM to chill out before we get to our hotel. We had a tight slept then........(zzzzzzzzz).

First thing in the morning, we took our breakfast and prepared ourselves for another adventures day. It was a sunny day with scattered clouds and perfect for landscaping photography. This is what I want when I took landscape shot, I want a dramatic scene. This day, street dance event was held at around 4:00pm, so we decided to spend our free time to stopover at other tourist spots of Negros Occidental. First stopover was in the Ruins- This is located in Talisay, Negros Occidental. it is one of the best ancestral homes in the Island of Negros Occidental. The mansion was owned by Don Mariano Ledesma Lacson for his first wife, Maria Braga, a Portuguese from Macau whom he met in his vacations in Hong-Kong. It shows the remains of the mansion during World War II wherein the guerrilla intentionally burned the house so that the Japanese people could not use it as their headquarters. 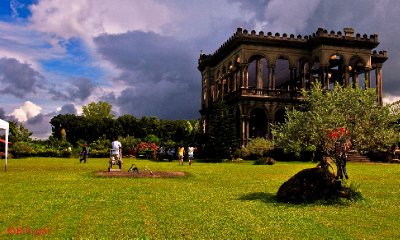 .
Second stopover was in Bacolod City Hall, it is a newly designed building which was constructed in the eastern area of Bacolod City. It has a magnificent architectural and people of Bacolod can be proud of. 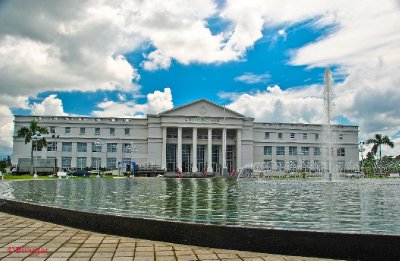 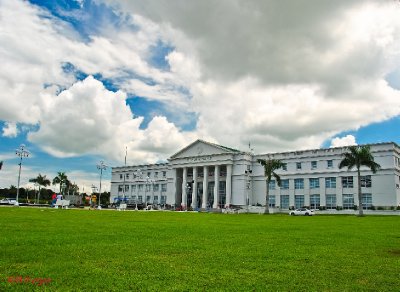 Our third stop was in Panaad Park & stadium- this is the place where we can find the replicas of landmark from 13 Negros Occidental cities and 19 municipalities. The annual Panaad Festivals is celebrated every April and showcasing the best of Negros Occidental in terms of history, arts and culture, commerce, trade and industry as well as products, sports, talents and skills. This one promotes the tourism of entire Negros Occidental. 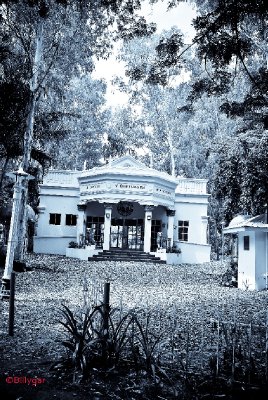 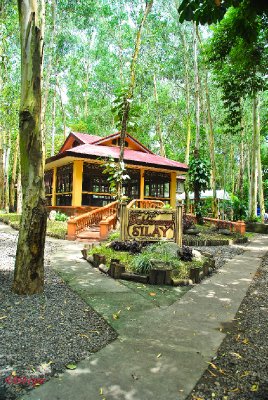 We spent half day for these wonderful tourist attractions, it was really paid off though. Thanks to the cousin of Tere who was really generous and for being patient touring with us and being our driver. It was really appreciated. He gave us his time just to drive and show us around. After gripping the scenic spots, we grabbed our lunch at Manukan(chicken) alley. Each restaurant has its own recipe of grilled chicken which came from their family roots recipe. It is a perfect place to those who are in a hurry, a place you can eat and run. The food itself was delectable and perfect to those who are in a budget travel.

We had time to get forty winks after meal, so we decided to go back to our hotel. It was really tiresome but a fun-filled experience. I don't really feel tired when there's an event like this. It gives me more excitement and different energy. After two hours of rest, we prepared ourselves for the street dance competition-Barangay level. This competition has more outlandish than school level yesterday. Some participants have parade float, more props, and more participants this time. Same as yesterday, the street was full of sightseers, tourists and photographers. It was so exciting being part of this event, as a noob photographer, this is really huge to me. It was so funny seeing a lot of photographers grabbing of only one subject. I remember one photographer opted not to take pictures of the participants, instead he photographed the crowds. The energy of the participants this time has more full of life than yesterday. 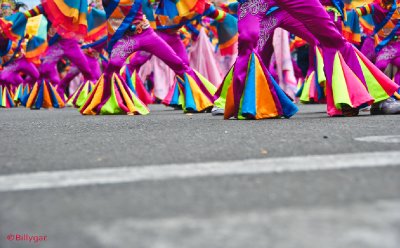 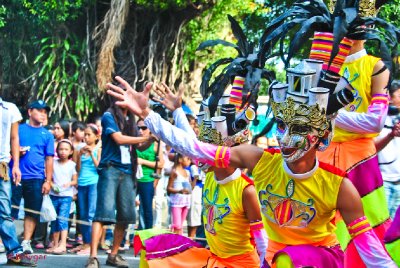 The parade lasted also at around 6:00pm and we decided to go to SM instead of watching the competition at the park.
We have to buy souvenirs, take our dinner and rest early because we have an early flight the next day. One good thing was the staff of the hotel arranged our transportation to airport so we had no problem to catch our early flight back to Manila, and to arrived at the office ahead of our boss. 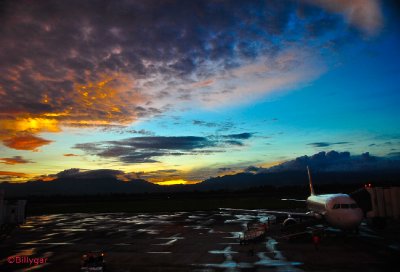 It was a memorable and fun-filled travel that really stays in my mind and in my heart. See you on my next trek!

Next Table of contents

Comments on this blog entry are now closed to non-Travellerspoint members. You can still leave a comment if you are a member of Travellerspoint.

If you aren't a member of Travellerspoint yet, you can join for free.